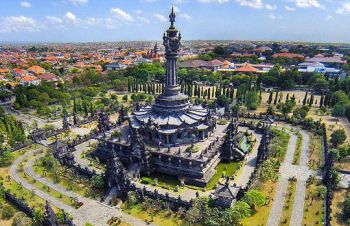 THE BACKGROUND OF THE ESTABLISHMENT OF THE MONUMENT OF BALINESE STRUGGLE

The symbol of patriotism and nationalism can be found in the 17 number of foot steps towards the main entrance, 8 main pillars of the building and the height of the monument is 45 meters. If these figures are strung together, the numbers 17, 8, and 45 are arranged which show the date, month, and year of the Proclamation of Indonesian Independence, August 17, 1945.